ActionAnimationFamilyScience Fiction
what going on?

Watch Batman Beyond: The Movie (1999) full episodes online free watchcartoononline.
Synopsis: Twenty years after Bruce Wayne’s retirement as Batman, the world has changed even as he retreats from it, ceding control of his company, Wayne-Powers Enterprises, to his partner, Derek Powers. In that world, Terry McGinnis is an ordinary kid whose father, Warren, works for that company. While Terry was out on the town, he has a chance encounter with Bruce Wayne and, his legacy as Batman. He also learns that his father was murdered in his absence and finds a disc containing data that suggests the true motive for the crime and the culprit, Derek Powers. Turning to Wayne as the only one he can trust, he learns that Wayne will not help him directly fight Powers. In desperation and without permission, Terry dons Wayne’s last Batman outfit to challenge Powers himself, but can he convince Wayne to help him in order to fight Derek Powers? 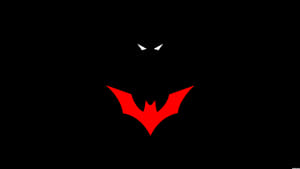