Watch David and the Magic Pearl (1988) full episodes online free watchcartoononline.
Synopsis: David, a boy who stays with his parents in a small cabin in a jungle, not only gets a reliable puppy named Pips for his birthday, but he also befriends a baby eagle who he names Sandy. They discover that a stereotypical boss, named Mr. Stealmore in the English version, is after a set of pearls which were to be kept safe by a group of aliens who landed in the jungle. Now, the trio have to band together and save the jungle from Mr. Stealmore, who has also plotted to bulldoze the jungle and build a city in its place. 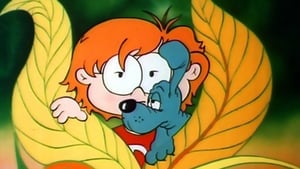