Watch Ling and Tao (2004) full episodes online free watchcartoononline.
Synopsis: An animated re-telling of the classical Chinese story of two lovers, Liang Shanbo and Zhu Yingtai. Zhu Yingtai was a girl born into an upper-class family during China’s Eastern Jin Dynasty. Since women were not allowed to attend school, she begged her family to let her go, and they consented as long as she pretended to be a young man. There she met a handsome young upper-class man named Liang Shanbo. They instantly became friends and vowed to be sworn brothers forever. Yingtai hid her real identity from “Brother Liang” through the three years they studied together at Hangzhou. Her love for him grew to consume her, and she thought of nothing else but spending all of her days with Brother Liang. 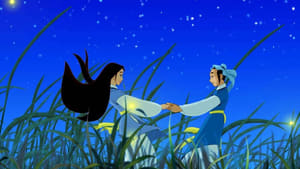