Watch Donkey Kong Country full episode online free watchcartoononline.
Storyline: Donkey Kong and his sidekick, Diddy Kong, star in a computer-generated rendition of the classic video game. Donkey Kong isn’t too smart, but he is the strongest monkey on the island of Congo Bongo, thanks largely to his diet of bananas. He’s charged with protecting the Orb Of Power, the Crystal Coconut, from King K. Rool’s constant attempts to steal it in his quest to rule the island – though he often seems more interested in luscious Candy Kong, who works in the barrel factory. 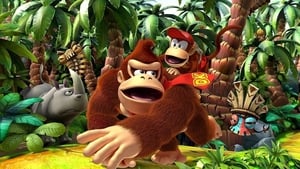