Watch Flying Rhino Junior High Season 2 full episode online free watchcartoononline.
Storyline: The series revolved around four kids: Billy O’ Toole, Marcus and Ruby Snarkus, and Lydia Lopez. The series’ main antagonists are Earl P. Sidebottom, AKA The Phanthom and his rat sidekick Ratticus. Earl is a boy genius who some time before the series’ beginning got a “D” grade in shop class and retreated to the school’s sub-basement boiler room in shame. In there, he built a supercomputer capable of altering reality, which uses to cause chaos in the school as revenge, leaving the protagonists to stop him. 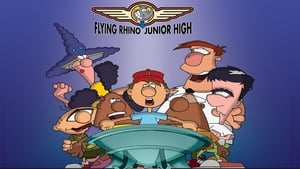