Watch Superhuman Samurai Syber-Squad full episode online free watchcartoononline.
Storyline: Sam Collins is a typical teen who’s the leader of a rock band. One day, at practice, he is the victim of a sudden energy surge. He becomes a character in one of his games, named “Servo”. Meanwhile, Malcolm Frink, discovers a strange program in his computer, named “Kilokahn”, which is a military Artificial Intelligence program, now presumed destroyed in the energy surge. Now Sam, Sydney, Tanker, and Amp must fight Kilokahn in cyberspace while keeping everything hush-hush. 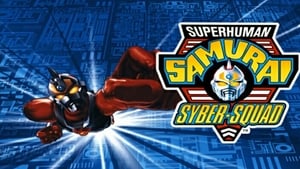